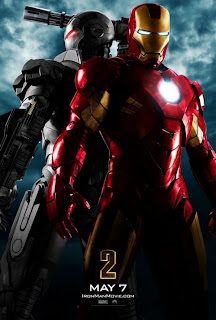 
It's not for nothing that Tony Stark's first line in "Iron Man 2" is "It's good to be back!" It's also not for nothing that he literally swoops into his scene in the Iron Man suit, steps out to reveal himself in flawless evening dress, and is surrounded by cheering, adoring crowds and alluring showgirls in mostly-not-there Iron Man-inspired outfits. This summer blockbuster is not about to waste time talking; it's going to leap right into the action. "Iron Man 2," though it has its imperfections, is a colorful splash of humor and action, and as I said in my first impression, it is the most sheer fun I've had at the movie theater so far in 2010.


The Good:
First things first: this is a sequel, so it's going to have the one big issue that all sequels have: being compared with the first film, especially one as captivating as 2008's glorious "Iron Man." The 2010 lacks some of the sparkle (for one thing, it can't ever recapture that first thrill of discovery), but it mostly makes up for it with the sheer on-screen personality of Tony Stark (Robert Downey, Jr., as energetic and quippy as ever). 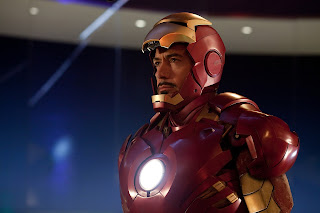 This time around, the world knows that Stark is Iron Man, and this branches off into several subplots:
~his grappling with what kind of legacy he might leave behind
~the fact that the arc reactor in his chest is also slowly killing him with palladium poisoning
~his clash with a Senate committee (led by a fabulously slimy Garry Shandling as Senator Stern, the embodiment of everything that we hate about politicians!) wanting to confiscate Iron Man technology
~and the machinations of Stark's personal foes Justin Hammer (the always-watchable Sam Rockwell) and Ivan Vanko (Mickey Rourke)
~the Avengers thread with Nick Fury (Samuel L. Jackson) and the Black Widow (Scarlett Johansson)

There's plenty of action, though, and it's all rip-roaring fun from an insane car race in Monte Carlo to the final showdown, and it's all done with color and dash and good music (oh, AC/DC) and plenty of humor. (You'll never hear the term "Ex-Wife" again without a giggle.) Also, two words: War Machine!

The movie, as you probably guessed from the plot recap earlier, is full of plot threads and characters. It feels crowded, and it is. There's a sense of trying to do too much with too many characters (especially too many new characters), and the flick would have been better if it had been more streamlined.

I really miss Terrence Howard as James Rhodes. His replacement, Don Cheadle, is fine, but I hate unnecessary recasting of the role (it just bothers my sense of continuity), and in this case Cheadle's Rhodey doesn't have the same snappy sparkle as Howard's. With Howard in "Iron Man," you really got the sense that he was Tony's friend -- often exasperated, but always humorous and reliable. Cheadle's Rhodey mostly seemed annoyed without the affection. In the same vein, Pepper Potts (Gwyneth Paltrow) seems to be harsh without the charm of the first movie.

Go see this movie, and be sure to stay all the way through the credits.

MM gives this movie a grade of A-. (OK, I admit a little grade inflation because of the sheer pleasure of seeing the irrepressible Stark back on the big screen. Still, when La Parisienne asked me, "Did he steal you from the Doctor?" (though I love Tony, and I could watch him all day) I had to say no. But that's not a fair comparison, really. Apples and oranges!)

The Cinema-Mad Sibling also gives his hearty approval, and so does La Parisienne.  See too this nifty little review by Kyle Smith.

"Iron Man 2" runs 124 minutes and is rated PG-13 for action-movie violence and some strong language.

RottenTomatoes gives the movie a "Fresh" rating of 74%.

Oh, all right. The male demographic in my readership has patiently (or, in the Cine-Sib's case, not so much) indulged me in my faux-salacious purring over Tony Stark. So here's a little treat for you, guys. 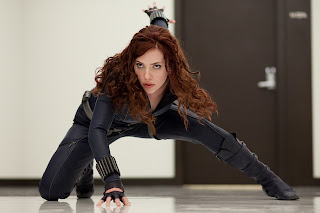